What is Aseptic BFS machine? 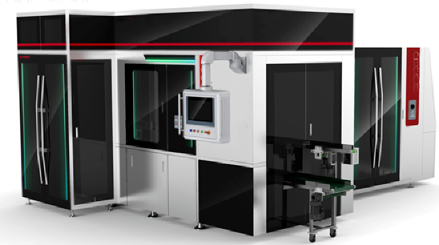 Blowing-filling-sealing technology, or BFS technology which might be more familiar to us, has been being developed since 1960s. The equipment with this technology can blow medical PE or PP material to containers in continuous aseptic production. During the production, containers can be automatically filled and sealed on-line at high speed. Several production technologies are also integrated to the machine and finish plastic container blowing and forming, filling, sealing and so on under sterile environment. Thus the highly integrated BFS machine can be featured by low production and management cost, good sterilization stability, high product quality, small risk of cross contamination, etc.. Compared with traditional aseptic filling, BFS technology enables the whole process to be automatic and energy-saving as the plastic containers are formed under high temperature and processes of bottle washing and sterilizing are removed. Therefore, BFS technology can be regarded to being leading.

From the microbiological perspectives, BFS technology is a kind of technology whose production occurs in enclosed space. Integration of forming and sealing can greatly reduce manual intervention and achieve aseptic production because the minimal part of the machine is exposed to the external environment. BFS technology has been put into use for about 30 years in the world. Its contamination rate is lowered to under 0.1%. Based on the conclusion and analysis of culture medium, the contamination rate of BFS system is even 0.001%.

The composition of BFS machine

BFS machine is normally of mould reciprocating structure. It can also be classified by different factors, e.g., motor driving or hydraulic driving by major driving mode, high-efficiency filtering or air sterilizing and filtering by level-A air shower device. The level-A air shower device is always equipped on BFS machines. It can fulfill the requirement of level-A cleanness through its sterilizing filter. The device can take air from the clean room in and filter it with primary filtering and then by 0.2μm air sterilization filter. The cleanness of the filtered air can reach level A and the air then enters level-A air shower box. Bacteria-free air is then blown out by the air shower box and covers the filling station to form a wind curtain at the filling port which can protect the filling heads and the filling port. 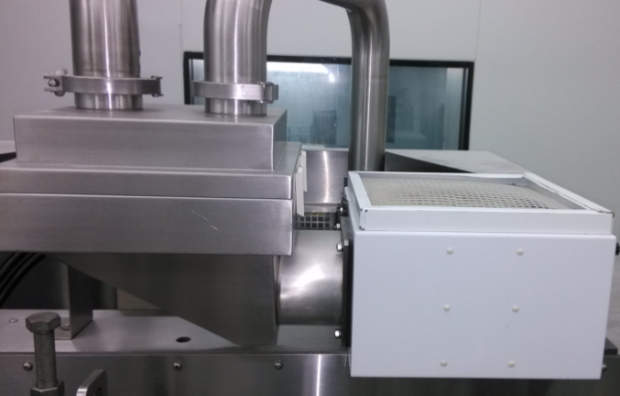 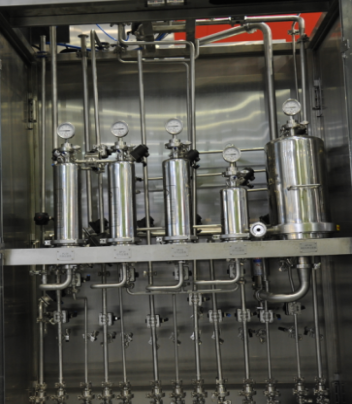 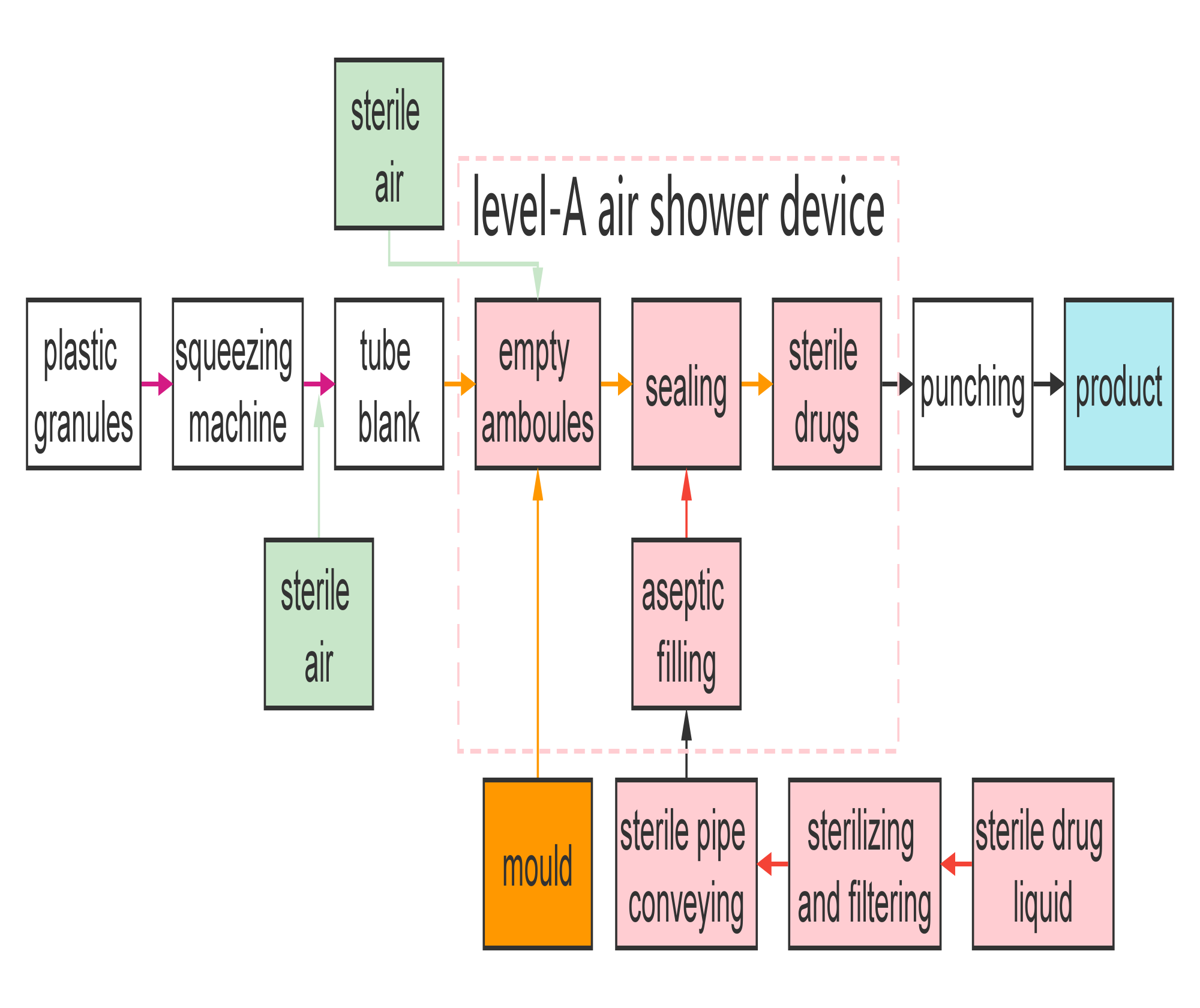 The mould with blank is quickly transferred to the blowing, filling and sealing stations. Then the level-A air shower device can blow sterile air to protect the blowing, filling and sealing stations. The blowing head can lower to the container neck quickly and blow the blank with sterile compressed air (or vacuuming for small-volume containers) to form blank to the bottle with the mould shape. Drug liquid, which is metered by time-pressure system, is then immediately filled into the bottle, and sterile air in the bottle is exhausted.

As the blowing and filling head is drawn back, the mould closes and seals the bottle. After sealing, the mould is opened and the bottle is discharged. The equipment then start another production cycle repeatedly.

1) Bottles are formed at high pressure and high temperature from melted and squeezed plastic granules. Sterile air can protect the inner surface of the blank and make sure sterilization of the bottles.

2) It takes under 13 seconds to finish a filling cycle, while the bottle keeps unsealed for only 2 to 4 seconds, which means the liquid is exposed to the air for a shorter time.

3) The pipes for liquid transferring is cleaned by CIP/SIP and their F0 value is not smaller than 8. The system is also always in positive pressure. For any abnormality, the system can alarm, prompt and lock the running programs to effectively avoid external contamination and keep the liquid sterile.

BFS machines are all equipped with level-A air shower device, as well as controlling devices such as touch screen, PLC and so on. These controlling devices can fulfil high automation of the machine and make upstream and downstream systems’ linkage possible. Therefore, these production systems can run automatically and synchronously, which can prevent aseptic production from manual intervention and provide higher-level sterilization guarantee to the most extent.

BFS production is carried out in level-C clean room. Being protected by the level-A air shower device, the blowing, filling and sealing stations complete filling and sealing to avoid the risk of secondary contamination to the liquid after filling. Besides, automatically controlled on-line cleaning and sterilizing technology enables the BFS machines to reduce quantity of insoluble particles in the liquid and control contamination from microorganisms and heat source to the most extern.

The asptic BFS technology can be applied to sterile package of injectable drugs such as ophthalmic products, respiratory (inhalation) drugs, biologics and vaccines. The package can be small various sizes of ampoule or small bottles.

In the market, now the mono dose ampoule amd strip tube are getting more and more popular, such as fro oral syrup liquid, food, cosmetic product. We can see the following products pictures: 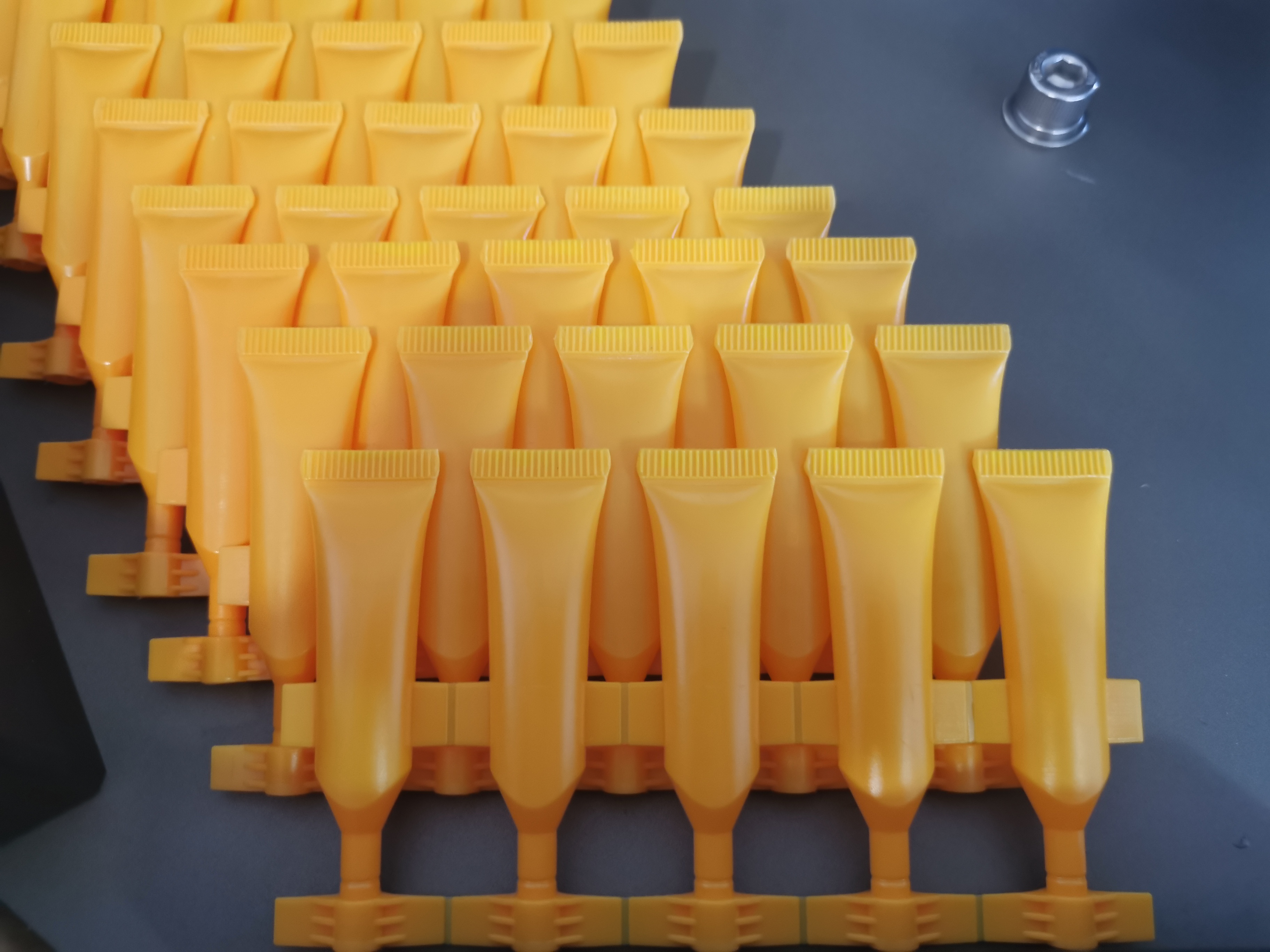 The strip tube for cosmetic product 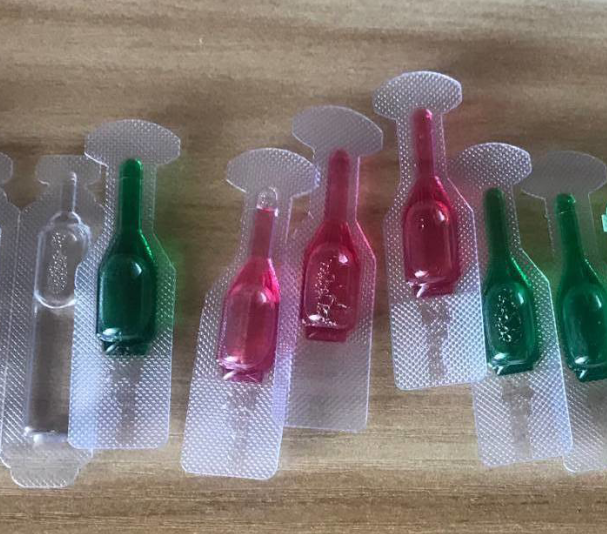 How to choose machine for your mono dose liquid package for small volume, please turn to the product page for more machine details. We will summarize for more guidance of comparing for these 3 types of package in the coming article.