As April is coming, what holidays will be celebrated all over the world?

Although April Fool’s Day is not statutory, people still enjoy it every April, 1st. It is said that this holiday origins from France. In 1564, France reformed to set January 1st as the start of an year, instead of April 1st. However, some conservatives still celebrated New Year on April 1st. Some reformers, therefore, teased them by holding fake parties or playing tricks on them. Till now, a large number of people enjoy April Fool’s Day and play some little jokes on others. It’s a date of laughter.

Palm Sunday is a Festival of Christian. In legendary, Jesus rode donkey to Jerusalem on this Sunday. People held palm branch and welcomed Jesus enthusiastically. Palm Sunday is the start of a Holy Week, followed by Good Friday on Friday and Easter Sunday. During the week, Jesus fulfilled God’s will and Prophets’ prophecy. This grand occasion is recorded in Mark.

Passover is an important festival for Judaism. To help the Israelites escape from slavery in ancient Egypt, God inflicted ten plagues upon the Egyptians. The last plague is the death of all Egyptian first-born. However, the first-born survived since their families marked the doorpost of their houses with blood of a slaughtered spring lamb. This festival last for either seven or eight days. The former one is for some believers who adhere to the biblical commandment and the latter one for some conservative Jews. Passover celebration started with the Passover Seder. 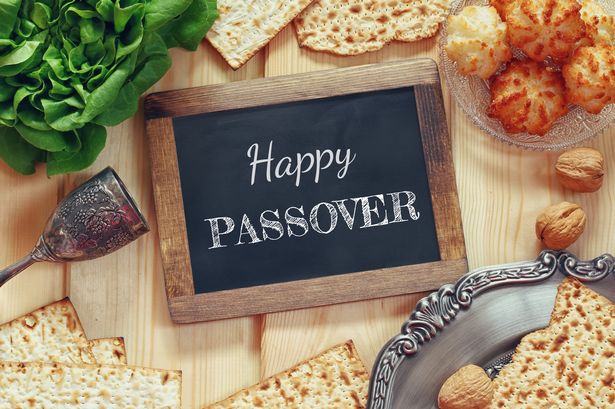 Good Friday is a Christian holiday commemorating the crucifixion of Jesus and his death at Calvary. It is also known as Holy Friday, Great Friday or Black Friday. It is observed during Holy week on Friday after Palm Sunday and Before Eastern Day. It also coincide with Passover this year. As a legal holiday around the world, most Western countries and 12 U.S. states observes it. Some countries even has laws prohibiting certain acts. For example, Germany prohibit dancing and horse racing on that day since they are seen as acts profaning the solemn nature of the day.

Easter Day, also known as Pascha or Resurrection Sunday, is a festival commemorating the resurrection of Jesus. As New Testament describes, Jesus resurrection occurred on the third day after his burial. Till now, both Christians and non-Christians observe this festival and holiday by some customs such as egg hunting, Eater Bunny and Easter parades. Besides, various traditional Easter foods also vary regionally.

Tax Day is a colloquial term in the United States for the day when individual income tax returns are submitted to the federal government. Actually, Tax Day on April, 15th is for those living in the United State. For those who lives outside the U.S., Tax Day falls on June 15th. Tax Day sometimes also coincides with another two local holidays, namely Emancipation Day and Patriots’ Day.

Tiradentes Day is a holiday for Brazilian people to commemorate the execution of their national hero: Joaquim José da Silva Xavier. Brazil used to be a colony of Portugal and its people undertook harsh tax burdens imposed by Portugal. In this case, Xavier founded the Inconfidência Mineira movement and fought for independence and freedom for Brazilian people from Portuguese power. However, this plan was betrayed and Xavier was arrested and hanged as an execution on April, 21st, 1792. Since Xavier was a dentist, this holiday was named Tiradentes meaning “tooth-puller” which was the nickname of Xavier during his trial. On this day, tributes and official government speech are given to memorize martyrdom of Xavier.

St. George’s Day, also known as Feast of Saint George, is celebrated by Christian Churches and several nations, kingdoms, countries and cities in which Saint George is looked up to as patron saint. This holiday is normally celebrated on April 23rd. However, a rule Church of England is that no saints’ day should be celebrated between Palm Sunday and the Sunday after Easter Day. Therefore, if April 23rd falls in these two weeks, St. George’s Day will be celebrated in another day. However, April 23rd is the traditionally accepted date for the holiday celebration for the saint’s death in the Diocletianic Persecution of AD 303.

Ramadan is the ninth month in Islamic Calender. It last for almost one month from one sighting of the crescent moon to the next. And in Gregorian Calender, Ramadan starts on April 24th this year. Ramada is a month of fasting, observed by Muslim worldwide. Fasting from sunrise to sunset is obligatory for all adult Muslims who are not acutely ill, travelling, pregnant, breastfeeding... Besides, suhur is the predawn meal and iftar is the nightly feast that breaks the fast. Muslims attach great importance on Ramadan because Quran is was once revealed in this month.

Buddha’s Birthday is a Buddhist holiday in most of Asian countries, such as China, Nepal, India... It is celebrated to commemorate the birth of the Prince Siddhartha Gautama, later the Gautama Buddha and the founder of Buddhism. Buddha’s birthday is fixed in Asian Lunisolar Calendars, while changing in Western Gregorian Calender. This year, Buddha’s Birthday will be celebrated in April 30th. People from different countries have their own celebration methods. For example, in China, Buddhists will visit the temple to pay their respect.